To the weak I became weak, that I might win the weak. I have become all things to all people, that by all means I might save some. I do it all for the sake of the gospel, that I may share with them in its blessings. (1 Corinthians 9:22-23 ESV) 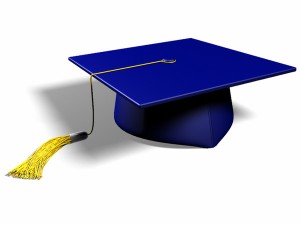 This week hundreds of students will graduate from McDowell High School–hundreds of thousands from schools across the United States. What could happen if the thousands of Christian students graduating this week showed up on college campuses this fall with an agenda: to rock that campus for Christ. In order to better understand this, let’s step back in time to 1790. J. Edwin Orr, longtime professor at Fuller Seminary, shares this:

In 1790 America had won its independence, but it had lost something as well. In the wake of the Revolutionary War, French infidelity, deism, and the generally unsettled condition of society had driven the moral and spiritual climate of the colonies to an all-time low. Drunkenness was epidemic; profanity was of the most shocking kind; bank robberies were a daily occurrence; and far the first time in the history of the American settlement women were afraid to go out at night for fear of being assaulted.

Surprised! Colleges were seedbeds of apostasy and debauchery. Orr continues:

A poll taken at Harvard revealed not one believer in the whole student body. Conditions on campus had degenerated to the point that all but five at Princeton were part of the “filthy speech” movement of that day. While students there developed the art of obscene conversation, at Williams College they held a mock communion, and at Dartmouth students put on an “anti-church” play.  In New Jersey the radical leader of the deist students led a mob to the Raritan Valley Presbyterian Church where they burned the Bible in a public bonfire. Christians were so few on the average campus and were so intimidated by the non-Christians that they met in secret. They even kept their minutes in code so no one could find out about their clandestine fellowship.

America seemed to be on a hopeless trajectory toward devastation when 1790 happened. Tomorrow we will talk about how a group of students impacted an entire country. Wow!